Finally! The last of the Yokai trio from Rainbow Honey – kawako!
kawako, The Mischievous River Child

kawako literally means river child and is known in Japanese folklore as the spirit of the river. It is usually depicted with reptilian skin which shifts from blue, to yellow and green. They are said to take a himanoid form and usually small sized, maybe about the size of a 6 year old child. They have webbed limbs and smell of fish! kawako are usually seen as little trouble makers or tricksters and their pranks are range from innocent to the malevolent! :O 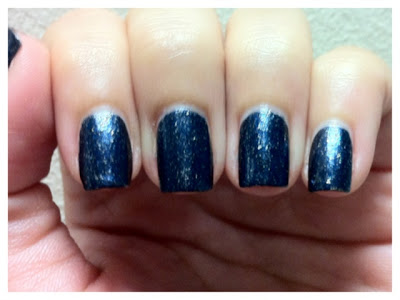 OK. Enough about the spirit kawako, lets look at the pretty polish we have today! kawako is a mysterious dark blue polish filled with silver glitter and some iridescent blue flakes that flash purple! 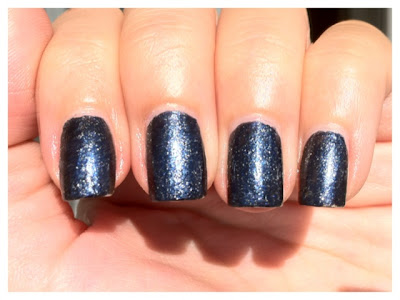 I like the look of kawako really. It reminds me of the night sky reflected in water. Th stars are represented by the silver glitter and the occasional star that shines super bright – the hidden flakies! 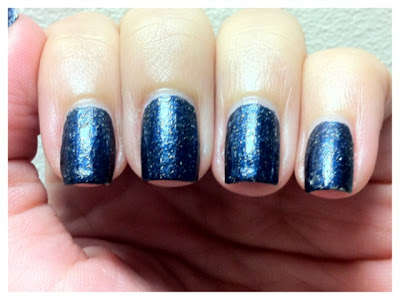 Application of kawako was easy just like oni. In fact, kawako covers better than the other polishes. If you are careful enough you can easily get away with one coat. I did two coats in these photos just because. It can be a little gritty just like oni. Just a good coat of top coat should solve that! 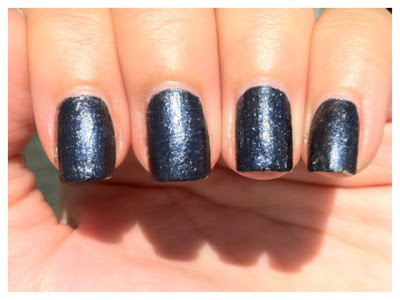 This is one blurry photo but it does show off all the glitter shimmer in the polish! 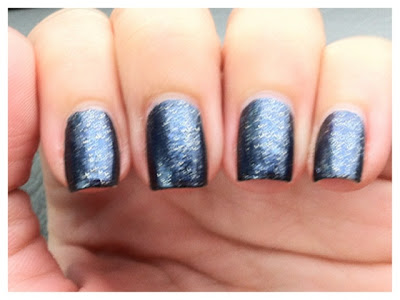 This photo below actually shows you the texture of kawako. You can see from the reflection of the light that it is actually quite smooth! 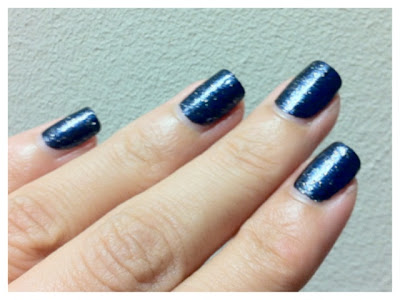 One more for the road! 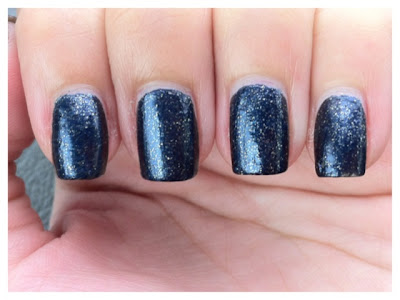 Love this polish?? Hurry on to Rainbow Honey’s website to grab it before they are gone!! They are also having a Breast Cancer Awareness promo going on. Do pop by their Facebook page for more details.
These polishes were provided to me for review. All opinions are my own and in no way influenced by the company.