(lets hop, skip and jump to one more recent post from my other blog because I think this mani deserves to be up when the Olympics is still on! )
*raawwrrr*
This was supposed to be a tribute to Malaysia’s Olympic Champions – Datuk Lee Chong Wei and Pandelela Rinong – but I just found out that Harimau Malaya (Malayan Tiger) is the nick name for our Malaysian football team. Ahh! I so fail when it comes to matters relating to sports!
Owh wells! It matches their jackets and it is still an awesome manicure!
This is my second attempt at stamping and it was quite a sucess if I may say! I used 2 coats of Sally Hansen Sun Kissed and stamped on with some stamping polishes I got for cheap from Nail Fiesta. 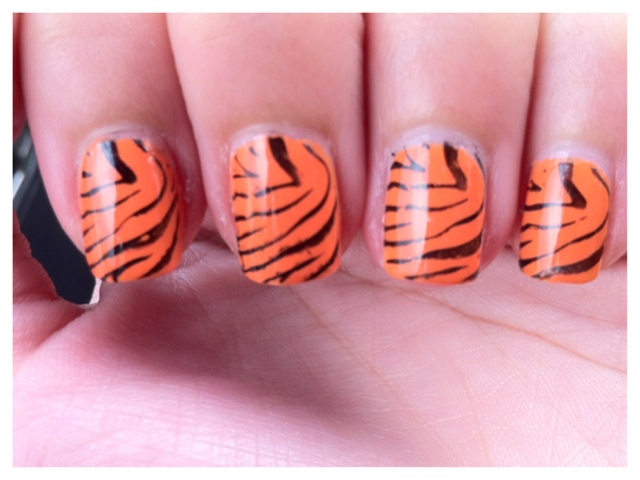 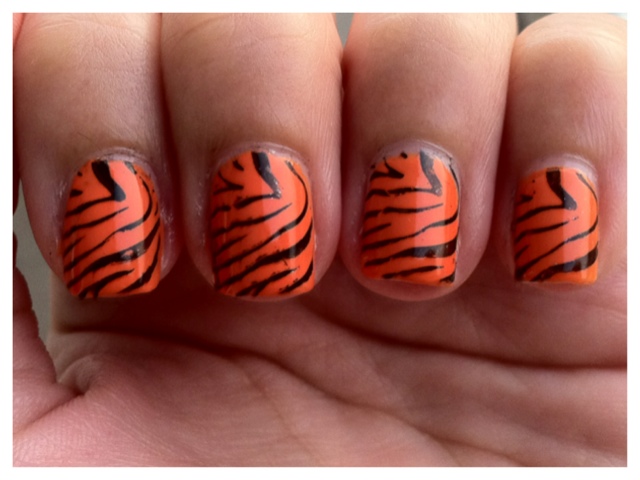 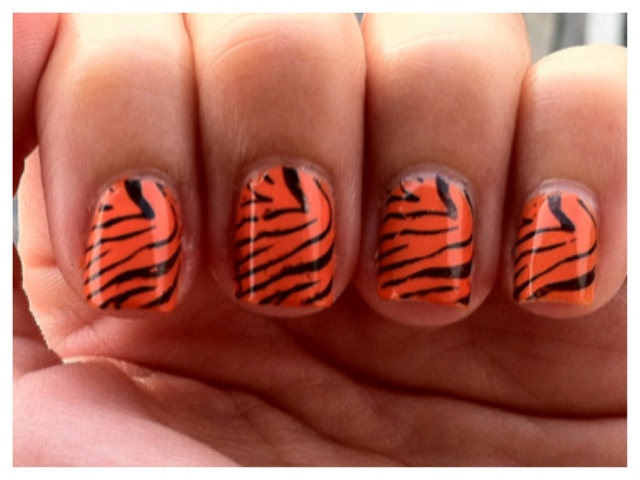 I cant remember but I think this was taken in the morning. 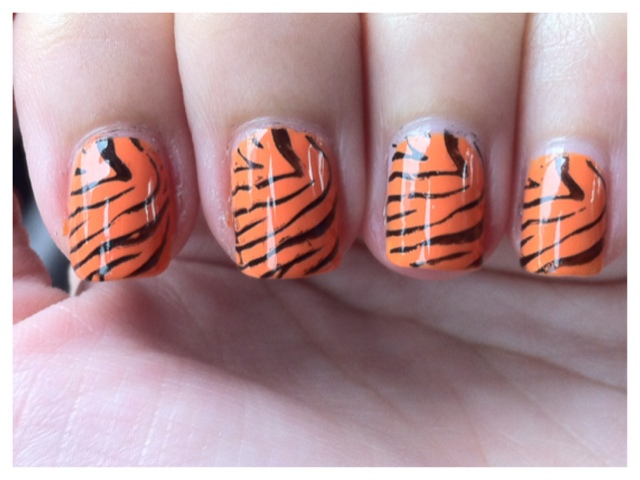 Indirect Afternoon Sun
I tried stamping a little white on my thumb trying to create the white underbelly look that tigers have but it just didn’t make the cut. LOL 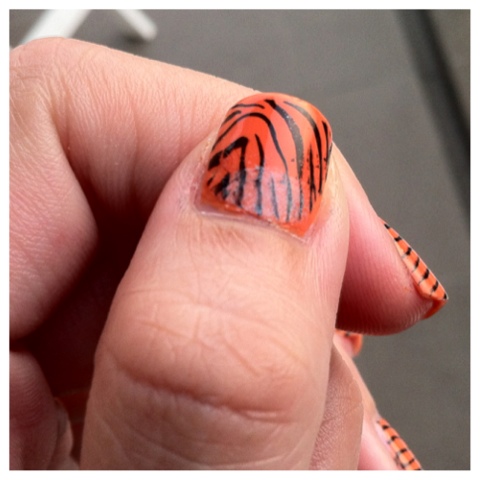